Visit Casa de Pilatos in Seville? Tickets and information about this 16th century palace at Plaza de Pilatos, an attraction of Seville.

Palace on the Plaza de Pilatos

The palace of Casa de Pilatos is located in the Plaza de Pilatos in the district of Santa Cruz in Seville. the Casa de Pilatos was built in the 16th century by order of Don Pedro Enriquez and later by his son Fadrique Enriques de Ribera. This is the most beautiful palace in Seville, after the Alcazar of course, and it is one of the most best-preserved buildings from the 16th century. The "House of Pilatos" is named after the house of Pontius Pilate, which they tried to emulate, and by whom Fadrique Enriques de Ribera was inspired during his pilgrimage to Jerusalem. 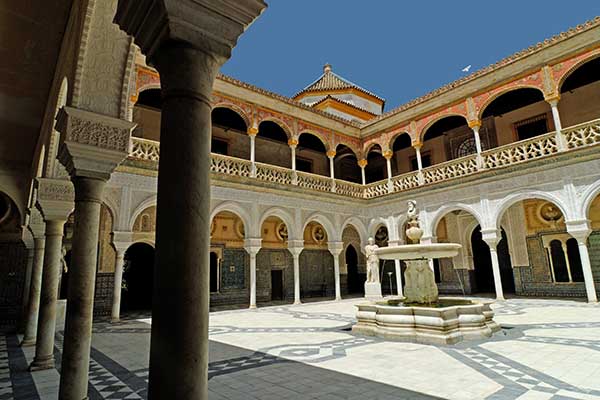 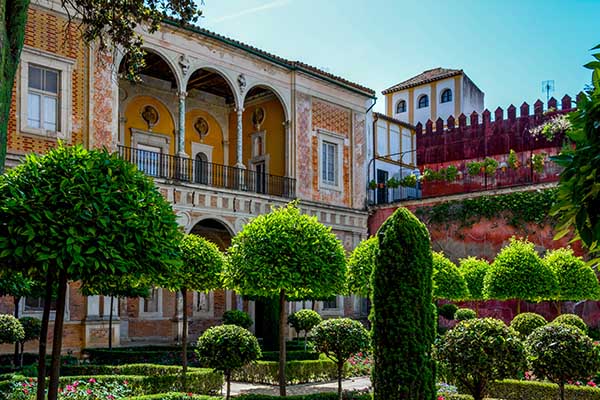 Different styles were combined in the construction of this palace, such as Gothic, Mudéjar and Italian Renaissance styles. The Casa de Pilatos has a beautifully decorated patio with a well and fountain. As you walk through the arches of the patio, you will see 24 busts of Roman emperors and Greek gods. In addition, the palace has many marble columns and floors, long corridors, ceiling paintings, large wooden doors, mudéjar tiles (Azulejos), chapels and especially a beautiful and colourful palace garden in Italian style.

Nowadays, this palace is still partly inhabited and is the residence of the 18th Duchess of Medinacelli and her family. Visit Casa de Pilatos and see how the aristocrats used to live.

Nearby Casa de Pilatos are also: