A visit to Seville Cathedral and La Giralda? All info, tours and tickets for your visit to the Catedral de Sevilla and the Giralda Moorish Tower.

The official name of the cathedral of Seville is "Catedral de Santa María de la Sede" and it is the largest church in the world, after St. Peter's Basilica in Rome and St. Paul's Cathedral in London.

The Cathedral of the archbishopric of Seville was built on the site where once a Moorish mosque, built by the Almohads, stood. This mosque was taken from the Moors in 1248 and was then used as a cathedral. In the 13th century, the mosque was destroyed, except for the Patio de los Naranjos (the orange court), and the Giralda tower. Construction of the cathedral began in 1403. The cathedral was finally completed in 1507. Seville Cathedral was built in a five-aisled cruciform church with chapels. The cathedral is 127 metres long, 83 meters wide and 43 meters high. 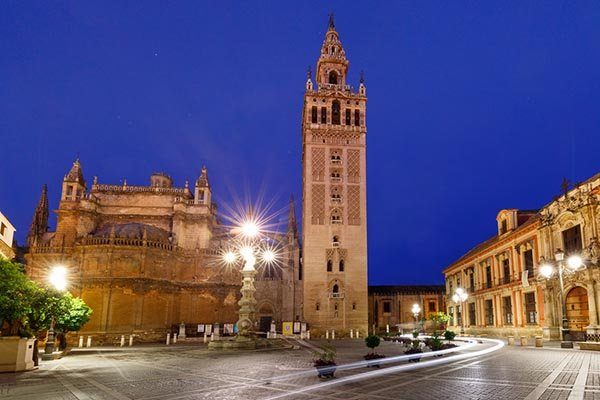 The Giralda Tower of the Cathedral 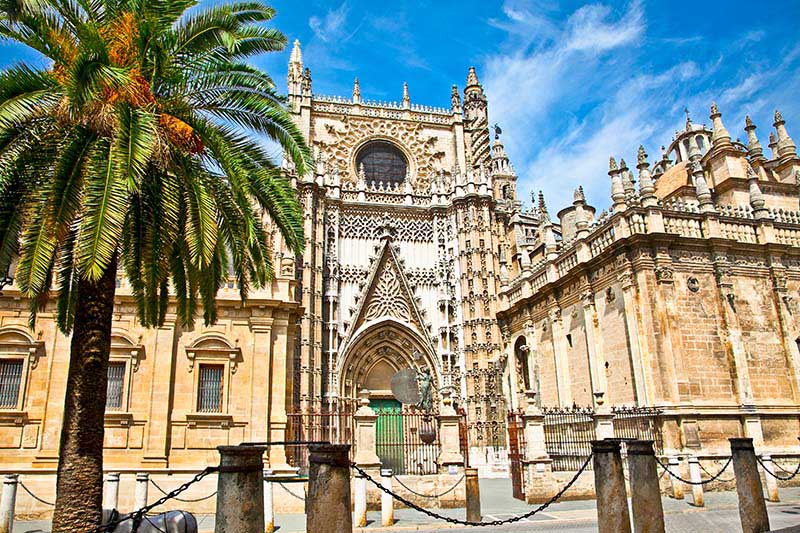 Entrance of the Seville cathedral

Sightseeing in the Seville Cathedral

Some important sites when visiting the cathedral of Seville are:

The Giralda tower: former minaret of the pre-existing mosque

The minaret of the Cathedral, La Giralda, is the tower of the mosque that was preserved after the demolition of the mosque when it was replaced by a cathedral. For a nice view over the city centre during your visit, you can climb the 104-metre high Giralda Tower. You do not ascend by means of a staircase, but by following a sloping corridor, which enabled horses to go upwards as well. On top of the Giralda Tower is a four-metre high bronze statue. This statue, representing faith, is nicknamed the Giraldillo. The statue turns with the wind and, consequently the tower got its nickname (Giralda = weather vane). 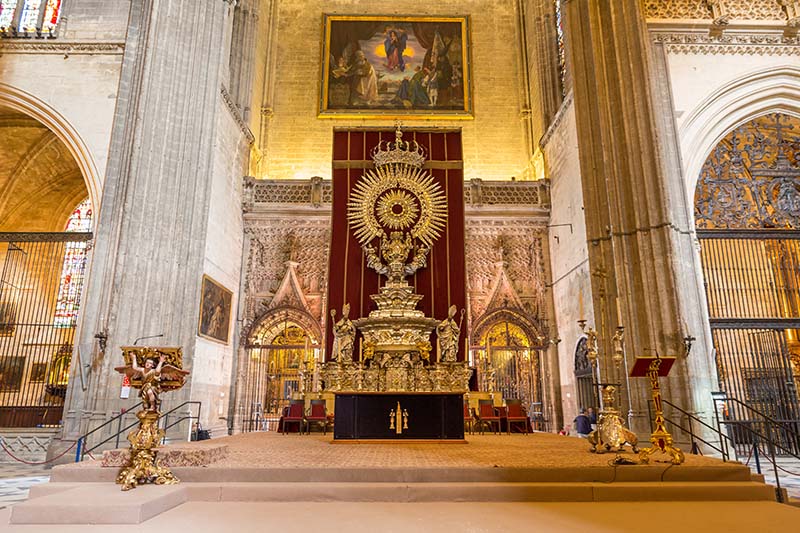 Altar of the Cathedral

Location of the Cathedral of Seville

Nearby the Catedral de Sevilla are also: 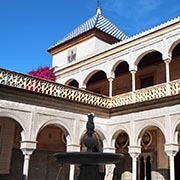 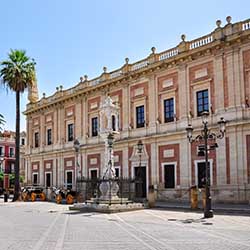 Do you have to buy tickets for the cathedral?

Yes, you must buy tickets at the cathedral box office. However, due to the long queues, we recommend that you book these tickets online.

How do I book a guided tour?

A popular activity is a guided tour. This is the way to learn about the history and many details of the cathedral. Read more about the best tours in the Catedral de Sevilla. You also have the option to book tours where you also make a combination with the Real Alcazar palace.

How do I visit the Giralda tower?

Near the cathedral is La Giralda, the Moorish tower of the cathedral. Your entry ticket includes climbing this Giralda tower.

Best things to do in Seville?

Besides the cathedral, there are many other sights in Seville Spain. View the top 10 of Seville sightseeing, such as the Alcazar Reales, Casa de Pilatos, Metropol Parasol and the Plaza de España.