Visit the Santa Cruz district, the old town in Seville? All about the Barrio de Santa Cruz, a district of Sevilla. The attractions of this Jewish quarter and the historic center of Seville in Andalusia.

The Barrio de Santa Cruz is the former Jewish quarter of Seville. Located in this old quarter are some important sights, such as the Alcazar Palace and the Giralda Tower of the Cathedral. The neighbourhood is a maze of narrow streets and alleys, where you can wander around or enjoy one of the many (touristy) restaurants or attractive squares. Nowadays, this district and old town, with its many white houses, is the tourist centre of Seville. 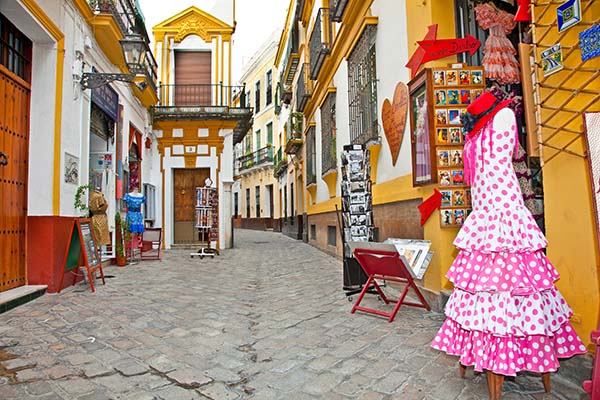 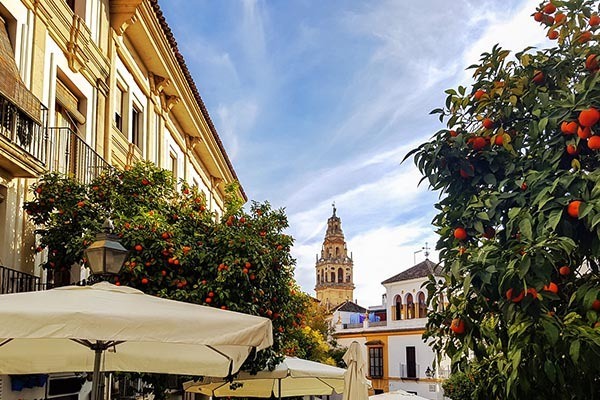 A long time ago, Seville had the largest Jewish community in Spain. When Ferdinand III of Castile conquered the city from the Almohads in 1248, he handed over this district to the Jews. In this district, they could live with relative freedom. Things went sour during the 14th century. There was a period in which the Jewish people were driven out or even killed if they did not convert to Christianity. After all Jews were driven out of the city in 1492, they left this beautiful neighbourhood forlorn.

Would you like to learn more about the Jewish history of the Santa Cruz district? Then visit the Centro de Interpretacion Juderia de Sevilla, a small museum with an exhibition about the culture and (painful) history of the Jews in Seville.

Places to visit in the old town 'Santa Cruz'

Where is the Seville historic district? 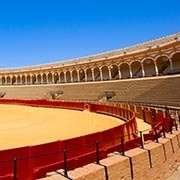