The Spanish Steps in Seville or 'Plaza de España' is one of the most spectacular spaces in Seville, where the main building of the Ibero-American Exhibition of 1929 was built.

The overwhelming Plaza de España is the most famous square in Seville. Several buildings were designed for the Ibero-American exhibition of 1929 in and around the Maria-Luisa Park. Aníbal González designed this Spanish square, which is in Spanish Renaissance style with a diameter of 200 metres. Spain's goal with the exhibition was to make symbolic peace with its former American colonies.

The square of Plaza de Espana 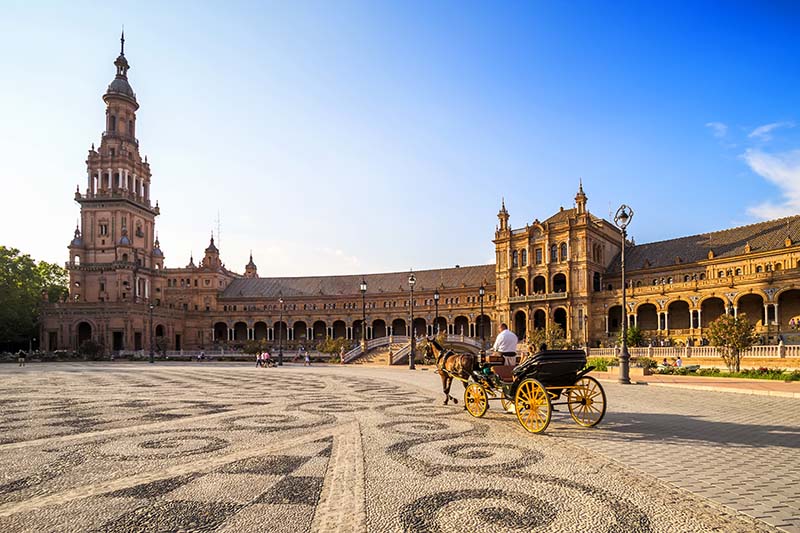 The Spanish Steps in Seville

The shape of Plaza de España is a semi-circle, surrounded by a row of buildings that today are, for the most part, used as government institutions. There are two tall towers on the flanks of the square. Of note are the 52 benches and mosaics of tiles located at the foot of the building on the Spanish square. These 52 frescos depict all 52 Spanish provinces. The tiles are typical of Andalusia, the so-called azulejos. Spanish tourists visiting Seville are only too happy to pose in their own province.

Other fixtures of the square are the large fountain in the middle and the round canal with the many cute bridges. You can even rent a boat and sail through the canals. The Spanish square underwent a huge renovation in October 2010. This top attraction should not be missed during your Seville city trip.

Nearby the Square of Spain are also: 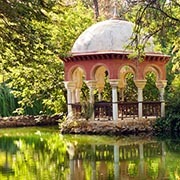 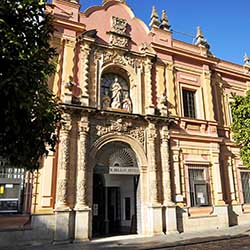 Our readers say
4.8 (95.86%) 374 reviews
April 26, 2021 Melissa: "We had a fantastic holiday in Seville because of the interesting tips for sightseeing and activities in Seville."