Palacio de San Telmo de Sevilla: All info about the visit of the San Telmo Palace in the center of Seville.

Palacio de San Telmo is one of Seville's most impressive buildings with its Ionic columns and distinctive façade. The baroque palace , dating from 1682, is located between the hotel Alfonso XIII and the river. It is currently the seat of the regional government (Junta de Andalucia). The construction was only completed in 1734 due to the many details. The building was then put into use as a maritime academy and orphanage for children of seafarers. It was hence named after "Saint Elmo', the patron saint of seafarers. During the French occupation, the building became a royal palace of the Count of Montpensier (whose estate extended to the Park Maria Luisa), a theological school and a hospital. The palace underwent a 40-million euro renovation in 1980, after it had fallen into disrepair throughout the 20th century. This was in part due to a major fire in 1952. 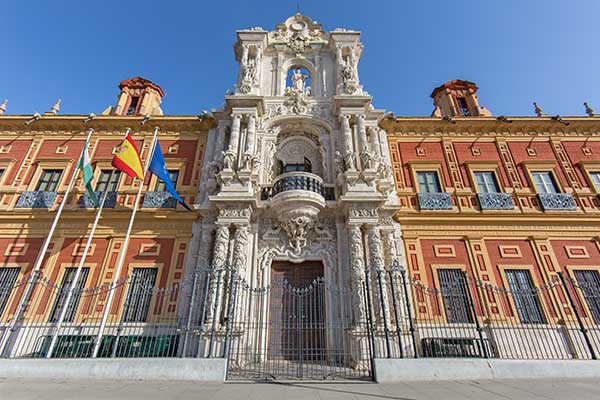 The facade of San Telmo Palace in Seville 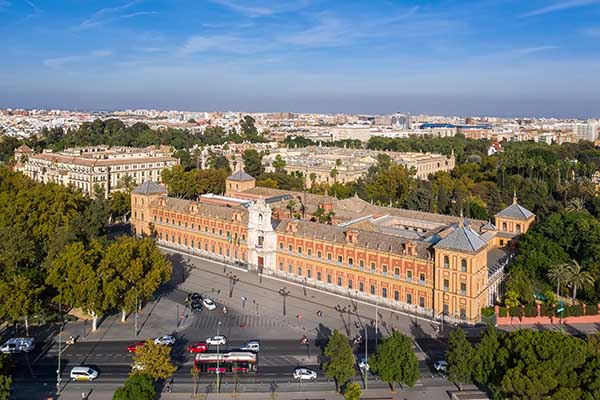 Complex of the San Telmo palace

Nearby San Telmo are also: